The European catfish is a fish which is also called trap or fish devil. The catfish can grow very long and has a flat mouth. The fish can grow over 2.5 meters long and weigh over 100 kg. Catfish have a large belly and a strong, large tail. On its large mouth, the catfish has 6 beard hairs. The eyes are small and the skin is unscaled. The fish are dark green to black on the top and the underside is silver to white in color. Up to a length of 130 centimeters, the catfish is a relatively slender fish but above that its weight and size increase dramatically.

What does a catfish eat?

Juvenile catfish eat mostly invertebrates at the bottom of a river. Large specimens eat have a very large mouth which allows them to eat large bream, zander, eels, carp, coots and amphibians.

European catfish feel best at home in rivers with varying water levels. During the day, catfish are in deep bowls of water and at night they hunt in shallower waters. Catfish live primarily in freshwater, such as rivers, lakes, canals and ditches. Some species may also live in brackish or saltwater. Catfish prefer still or slow-flowing water with abundant vegetation and other cover, such as rocks, reed beds and bank cover.

Catfish spawn from May through July at water temperatures above 18 degrees. In a plant-rich area, the fish lay sticky eggs about 3 mm in size in a shallow pit. Females lay up to 30,000 eggs per kilogram of body weight! The nest is guarded by males for about a week until the eggs hatch.

How old can a catfish get?

How big does a catfish get?

A very large catfish that was caught was one of 278 centimeters long and weighed 144 pounds. This fish was caught in the Po, a river in Italy according to Wikipedia. There are also many stories of very large catfish over 3 meters and well over 100 kilograms. However, many catches are not properly measured and weighed and there are not always photos of them. However, the fact is that catfish have been on the rise in recent years and specimens over 2 meters are being caught more and more often. 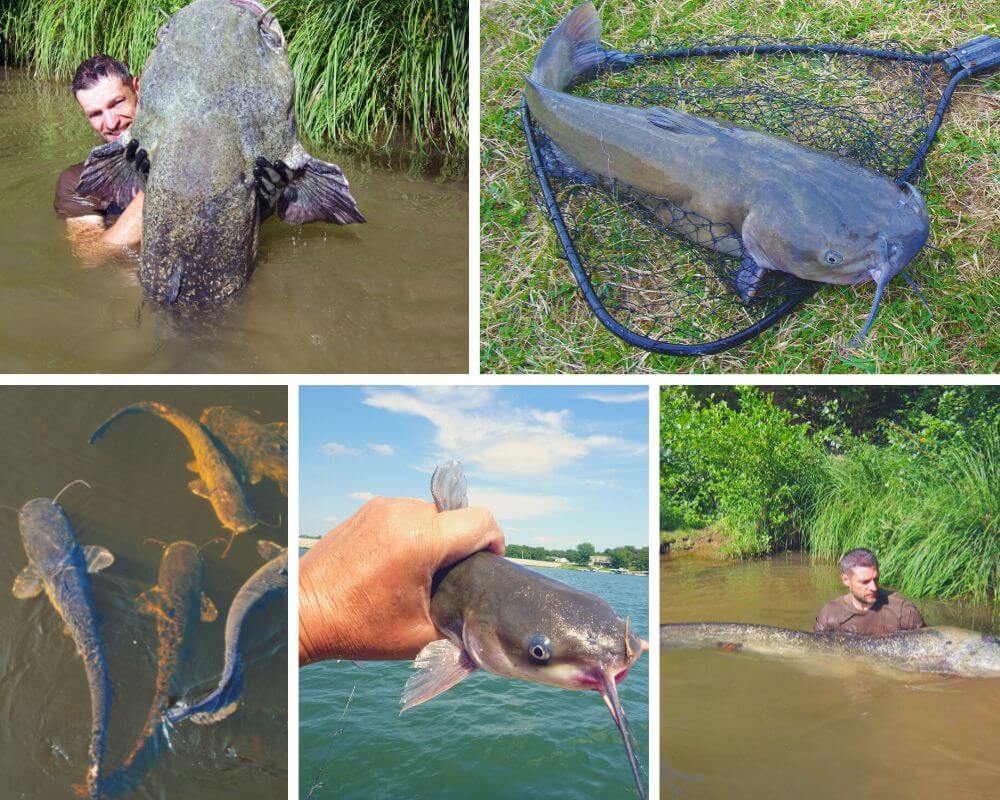 The catfish is on the rise and is not an endangered species. Many anglers would like to see the fish allowed to be actively fished, farmed and released. Some countries are actively fishing for this fish.

Catfish have been caught by humans for centuries for food and commercial purposes. Catfish fishing can be done in a variety of ways, such as with rods, nets or fishing hooks. Commercial catfish fisheries often use large nets to catch large numbers of catfish at a time.

However, there are also concerns about the sustainability of catfish fishing. Some catfish species are endangered or vulnerable, and restrictions on catching them have been placed to protect their populations. Commercial catfish fishing is also often criticized for the impact it can have on other species, such as bycatch of protected animals.

Catfish are caught with large bunches of dew piers and with lures such as spoons, crankbaits and rubber lures. The fish hear very well and but see relatively little. Lures with a rattle can be more successful because of this. Catfish are not very picky and will eat a wide variety of prey, so there are many different bait options to catch catfish. Some common bait options are:

It is important to remember that each species of catfish chooses different prey and the bait choice depends on the species you are looking for. It is also important to observe local laws and restrictions when fishing for catfish.

I want to fish catfish, what do I need?

If you want to fish catfish, you will need the following:

Keep in mind that catfish are protected or endangered in some areas, so there are restrictions on catching and selling these species. So, before fishing for catfish, it is important to make sure they have been caught legally and ensure sustainable fishing.

Is a catfish dangerous?

Catfish are not normally dangerous to humans. Hot ones are large hunters though, eating mostly fish, and they have no natural predators in the wild. They are able to defend themselves when threatened or attacked. Catfish have sharp teeth and powerful jaws, so they might bite if they feel threatened. There are no known cases of humans being attacked by a catfish, so the chances are slim. It is important, however, to show respect for wild animals and not to do things that might threaten them.

However, it is important to remember that some species of catfish can be infected with the fish worm Anguillicola crassus, which can cause pneumonia and other health problems in people who eat the fish. It is therefore important to cook the fish thoroughly before consumption and to ensure hygienic practices during filleting and preparation.

Can you eat catfish?

Of course, it is best to return a fish to the water where it was caught immediately after catching it. The fish can continue to live and reproduce. However, it is possible to eat a catfish. This is also commonly done in some countries.

Catfish are often eaten and are considered a delicacy in many parts of the world. Catfish are a source of protein and are low in fat. There are several ways to prepare catfish, including grilling, baking, smoking or cooking in soup or sauce. Catfish are commonly eaten in Europe, Asia and North America.

It is important to remember that some species of catfish are protected or endangered and therefore there are restrictions on their capture and sale. So, before eating catfish, it is important to make sure they have been caught legally and ensure sustainable fishing.

The taste of catfish varies depending on how it is prepared and what part of the fish is eaten. Catfish is often described as having a mild, subtle flavor, with a bit of sweetness. The taste is most similar to other freshwater fish such as carp or perch, but can be slightly saltier.

The meat of catfish is white and lean, and is often described as soft and tender. It is a popular choice for sashimi and sushi because it is sweet and tasty. Catfish are often eaten grilled, baked, steamed or broiled, or in soups and sauces.

However, it is important to remember that the taste can vary depending on the age and diet of the fish, and that some catfish can have a bitter taste due to the environment in which they live. Therefore, it is recommended to cook catfish before consumption, and to ensure hygienic practices during filleting and preparation.

How to prepare a catfish?

There are many different ways to prepare a catfish, depending on personal taste and preference. Here are some popular methods:

Here to find an angling store

To buy equipment for catfish fishing, look for an angling store near you. Check out the map below for zeken in your area.

⚠️ Wrong location? Click HERE for Google Maps
⭐ Click on a location for reviews, addresses and directions. ☝️ Move and zoom with your mouse or finger. 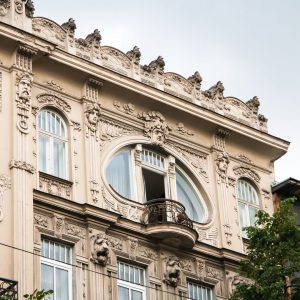 Architecture tours of a city

An architecture tour is a guided or self-guided visit to a building or group of buildings, where the architectural features 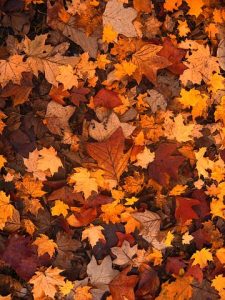 Why do leaves turn colors in autumn?

If you take a walk in the woods in autumn, you almost cannot believe your eyes so beautiful and colorful