Menu
🏷️ Things to do

Architecture tours of a city

Tours can be led by architects, architectural historians or trained educators, and can be offered to the general public or to specific groups such as students or professional organizations.

There are these ways you can take an architecture tour of a city:

There are several ways for a city tour. You can go by foot (walking), bicycle, public transportation, a guided tour or a tour with an app.

If you like to be active, a city tour by bicycle can be a fun option. This way you can explore the city in a sporty way and burn some calories at the same time. Besides a bike, in some cities you can also explore the city by scooter or scooter.

Another way to do a city tour is to use public transportation, such as the bus, streetcar or subway. This gives you the chance to see the city from a different perspective and you can easily travel from one sight to another.

If you like to learn more about the history and sights of the city, a guided tour can be a good option. The guide can tell you all about the main sights and share anecdotes about the city.

Tour with an app

A modern way to take a city tour is to use an app that guides you around the city. These apps often offer audio and video content about the city’s sights, allowing you to explore the city at your own pace.

“By looking at a city’s architecture, you learn a lot about a city’s history.”

Greek and Roman architecture is characterized by some distinctive elements:

Gothic architecture is a building style characterized by a number of specific elements. This style developed in Europe in the 12th and 13th centuries and was especially popular in the architecture of churches, cathedrals and monasteries.

Renaissance architecture is a building style that developed in Europe in the 15th and 16th centuries. The style was inspired by the art and architecture of the Renaissance era, a time of cultural, scientific and artistic flourishing. Renaissance architecture was very influential and is still considered one of the highlights of European architectural history. Many buildings from this period can still be seen in Europe, such as the Palazzo della Signoria in Florence, Italy, and Château de Chambord in France.

The Baroque architectural style is an architectural style that developed in Europe in the 17th and 18th centuries. This style is characterized by lavish decoration and symmetry. Many Baroque buildings can still be seen in Europe, such as St. Peter’s Basilica in Rome, Italy, and Schloss Schönbrunn in Vienna, Austria….

The Art nouveau architectural style is an architectural style that developed in Europe and North America in the late 19th and early 20th centuries. This style is characterized by natural forms and decorations. Many Art nouveau buildings can still be seen in Europe, such as the Guimard House in Paris, France, and the Gaudí House in Barcelona, Spain.

Bauhaus, a modern architectural style that focuses on functionality and simplicity

Postmodernist architectural style, characterized by divergent design and use of color

The Postmodernist architectural style is an architectural style that developed in the 1970s and 1980s as a reaction to the modernist architecture of the previous century. This style is characterized by a return to traditional forms and decorations, and a reduction in attention to function and efficiency. Many postmodernist buildings can be seen in the United States, Europe and Asia, such as the AT&T Building in New York and the Pompidou Center in Paris.

An architecture tour near you

When taking part in an architecture tour, it is important to have some idea of the historical context of the buildings you will be viewing. This can help you better understand the architecture and appreciate the significance of the buildings. Try to look at the buildings open-mindedly and try to understand how and why they were built. Also, try to keep your eyes open to the different styles and elements used in the buildings. Pay close attention to the guide or tour guide during the tour. They will share a lot of interesting information and anecdotes that you might not notice if you were on your own. If you don’t understand something or want more information, feel free to ask the guide questions.

It is fun to take pictures of the buildings you view, but be respectful and ask permission if you want to take pictures inside a building. Above all, remember to enjoy the experience and try to learn as much as you can about the architecture and the city or region where you are. Check out the map below for architecture tours in your area. For a complete listing of all architectural styles with a timeline, check here.

⚠️ Wrong location? Click HERE for Google Maps
⭐ Click on a location for reviews, addresses and directions. ☝️ Move and zoom with your mouse or finger.

Categorie 🏷️ Things to do 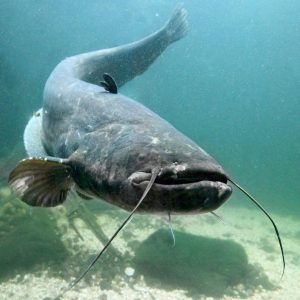 The European catfish is a fish which is also called trap or fish devil. The catfish can grow very long